Whew! That Was a Not-So-Close One! 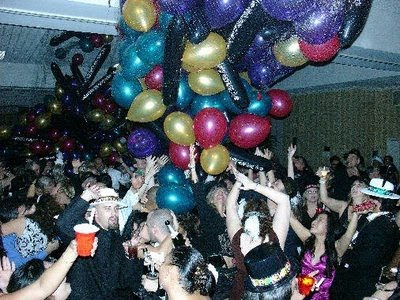 Measure B opposition is not just about a couple of Robots, a few Squirrels, or a Bagpipe or two—it's about Zeppelin traffic and parking in front of people's houses on the island of Alameda, with limited access and no viable plans for future bridges, tubes, or Zeppelin mooring masts.

Ridiculous Buck Rogers concepts like neighborhood libraries, robot maids, new schools, flying cars, jobs, time travel, open space, teleportation, sports fields, force fields, bike paths, faster-than-light-speed travel, retail, more frequent bus service, and vast networks of interconnected computers will do nothing to free us from the plague of Zeppelins and rogue parkers that threatens to destroy us all. In the face of all that scary, scary change, the only Right-Thinking remedy is to do nothing. Therefore, let us never forget the clear message of the defeat of Measure B: "Doing something is bad."

China and Russia put the blame on some screwed up experiments of US for the earthquake that happened in Haiti.
Chinese and Russian Military scientists, these reports say, are concurring with Canadian researcher, and former Asia-Pacific Bureau Chief of Forbes Magazine, Benjamin Fulford, who in a very disturbing video released from his Japanese offices to the American public, details how the United States attacked China by the firing of a 90 Million Volt Shockwave from the Americans High Frequency Active Auroral Research Program (HAARP) facilities in Alaska
If we can recollect a previous news when US blamed Russia for the earthquake in Georgio. What do you guys think? Is it really possible to create an earthquake by humans?
I came across this [url=http://universalages.com/hot-news/what-happened-in-haiti-is-it-related-to-haarp/]article about Haiti Earthquake[/url] in some blog it seems very interesting, but conspiracy theories have always been there.