Once Again, Alameda Daily Noose Editor Forced to Point Out the Obvious to Clueless Reader 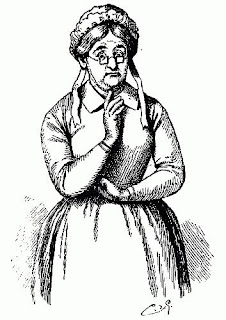 I notice that Dave Williamson has not listed his email address on the "new" Daily Noose, but I trust you can forward this to the young man.

I congratulate you on your new position as Editor of the Alameda Daily Noose. However, as you are a relative newcomer to our community, I fear you have not given the crushing defeat of Measure B and the saving of our Treasured Isle the respect it deserves. I feel that with this pivotal event in our island's history, we have now reached what philosopher Francis Fukuyama once referred to as "the end of history." What better way to celebrate than by leaving the pages of the Noose blank? Only by featuring no content at all can you truly represent the fact that Alameda will now be the same, forever and ever.

[Editor note - What kind of an idiot would take a soon-to-be-award-winning daily noosepaper with a huge and growing readership and leave it blank indefinitely? That would amount to journalistic suicide! Clearly, Mrs. Perge needs to educate herself about how to handle a major noosepaper rebranding campaign without alienating its loyal reader base.
Speaking of self-education, we had hoped that the old loyal readers of the Alameda Daily Noose would be a little quicker on the uptake, but clearly they lack the technical sophistication demanded by our quantum leap to Noosepaper 3.0. Obviously, if you want to send a letter to the Alameda Daily Noose, you should send it to alamedadailynoose@gmail.com, not run crying to your old friend Roger Grumbel for help. Fortunately Rog took pity on poor Mrs. Perge this time, but other readers may not be so lucky. Despite the fact that it should be obvious, trivial and left to our readers we have added a new section to our front page - a sort of electronic "masthead" if you will - with instructions for contacting us. We can only hope this redundancy will speed the adjustment of any remaining slow learners out there, bless their quilted and crocheted hearts.]