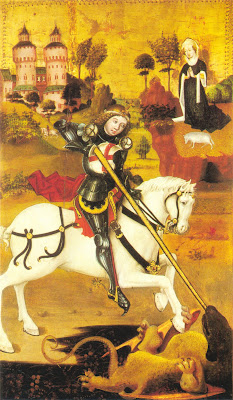 The crushing defeat of Measure B, colloquially known as "Measure Bagpipe," was a bittersweet victory for the Alameda Daily Noose and me. On one hand, we have helped avert Alamedageddon in the ultimate triumph of Right-Thinking over the Cynical, Hypocritical, Disingenuous, Mendacious, Villainous, Dishonest, and Dishonorable Forces of Darkness that Threatened to Destroy Us All. On the other hand, whither the warrior when all great battles are fought and won? Whither the explorer with no new seas to ply? Whither the hero when all heroic deeds are done? Whither the Alameda Daily Noose and I?

It is therefore with heavy heart and the great humility of which only the Alameda Daily Noose and I are capable that we announce our retirement from the greatest soon-to-be-award-winning daily noosepaper in Alameda…nay, from the greatest publication of any kind in all of Greater Alameda, colloquially known as "the world." Though we will miss living the rough-and-tumble, Devil-may-care life of the News Man in the classic sense, we welcome this opportunity to spend more quality time complaining at length to our family members.

Of course, the abdication of any throne immediately raises the question of succession. Who among men is worthy to inherit the vast Alameda Daily Noose media empire? Fortunately for you, the Alameda Daily Noose and I have given this a great deal of thought, by which we mean, of course, that we had a gut feeling that we subsequently reinforced until we became absolutely convinced of our infallible judgment.

Yes, there is a new kid on the block, a rising star, a breath of fresh air, a new hope that will reinvigorate this grand enterprise: we're talking about the incomparable Dave Williamson, our youthful protégé over at Inaction Alameda News. The Alameda Daily Noose and I have been watching this kid, and believe you us, he's got moxie. He's going places, and he's going to take you with him, whether you like it or not. We have asked, and he has agreed, to succeed us as Editor-in-Chief, Ace Reporter, Pulitzer-Prize-Eligible Photographer, President, Vice-President, Chairman, and Publisher of the Alameda Daily Noose.

Young Mr. Williamson made a solemn vow to remain faithful to the almost impossibly high standards that the Alameda Daily Noose and I have set. In fact, he promised a seamless transition, assuring us that loyal readers would scarcely notice any change whatsoever. The Alameda Daily Noose and I were deeply touched by this, not only because we know that the way we do things is always the best, but also because all Right-Thinking Alamedans agree that changing things is bad. So fear not, loyal readers; you can count on the fact that the Alameda Daily Noose will stay exactly the same as it is today, for ever and ever, amen.

you will be missed but not forgotten!