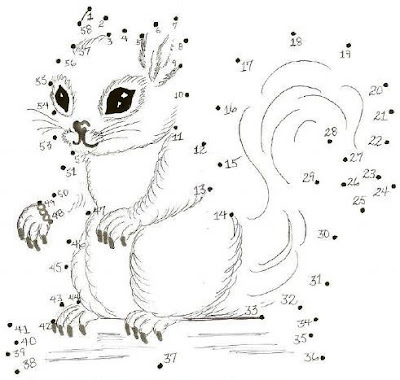 As the Alameda Daily Noose and I explained yesterday, we recently had the opportunity to peruse a whole stack of back issues of the Alameda Puppy Trainer, and we discovered that Squirrels were behind the recent school parcen tax. Now, this is not the first time that Squirrels have reared their ugly tails on the pages of the Puppy Trainer, as we diligently pointed out back in June. However, as we continued to pore through the stack of back issues, a much more disturbing pattern emerged. Just look at these shocking exerpts:

"Many will discuss new books, so you can beef up your library and SQUIRREL away extra signed copies for gifts."—Friday, 02 February 2007

"If the dog is chasing a SQUIRREL and isn't highly trained, calling 'Come!' just weakens the training."— Friday, 16 February 2007

"Yes, we have all that open space, but what’s wrong with that? All those undisturbed hikers, gophers, ground SQUIRRELS, garter snakes and least terns?"—Friday, 15 June 2007

"Take a walk through the bird refuge sometime, and you'll see snowy egrets, ducks and geese, lizards and snakes, and all manner of ground SQUIRRELS and other critters."—Friday, 24 August 2007

"I hear the birds, see a hummingbird in the salvia, watch a SQUIRREL steal blackberries."—Thursday, 13 September 2007

"Hang it by fishing line where the SQUIRRELS can't reach it, but where your child can see the birds come to visit."—Friday, 11 May 2007

"I wasn't sure if it was the earthquake that had shaken the branch loose, or maybe some dry rot, the bouncing of exuberant SQUIRRELS, the excessive weight of pigeons who like to roost there, or perhaps the release of the new Harry Potter book."—Friday, 27 July 2007

"I left some over-done yellow crookneck squashes on the garden bench as a kind of Indian summer still life, when the SQUIRRELS said "Ha!" and pretty much demolished the whole pile."—Friday, 21 September 2007

"SQUIRRELS are sometimes seen as pests, but children love them. Crab Cove is an easy and sure way to see ground SQUIRRELS right now. These are different SQUIRRELS than those bushy-tailed teases that live in the trees. Ground SQUIRRELS look different than tree SQUIRRELS with their tan and black markings and shorter, stringier tails.… Let loose in Crab Cove where kids can head straight for the rocks and see the scurrying flash of the ground SQUIRRELS.… The SQUIRRELS are collecting food in their pouches to bring back to their dens for the rainy season.… Perhaps your children notice the SQUIRRELS, but don't take an interest."—Friday, 28 September 2007

"Mostly I'm just busy, and this has been a busy week or two, what with Halloween and changing jobs and carving pumpkins into jack-o-lanterns and then having the SQUIRRELS come on the porch to gnaw on the Jack.… The squirrels…had fun chewing on Jack's head and pulling even more pumpkin guts out and then cracking the seeds all over the front porch. "—Friday, 09 November 2007

"I always like to put out a basket of pinecones, although this year the SQUIRRELS are having their way with my newest batch."—Friday, 21 December 2007

"Sure, birds and SQUIRRELS need to eat sweet stuff — but enough already."—Friday, 14 March 2008

"And if you SQUIRREL away a penny a day, you should have enough for a pair of brand new sneakers when the project opens to the public in an estimated 10 years."—Monday, 02 June 2008

"The amount was recently increased to three feet. Humphreys said he and others might have helped convince the Navy to add plastic sheeting below the contaminated soil to prevent burrowing animals like SQUIRRELS from reaching the waste."—Friday, 22 August 2008

Once you connect the dots, it's obvious what's going on: the so-called journalists who perpetrate the Alameda Puppy Trainer must feel it's their duty to make things as Squirrelly as possible in Alameda. So don't say the Alameda Daily Noose and I didn't warn you. BEWARE!