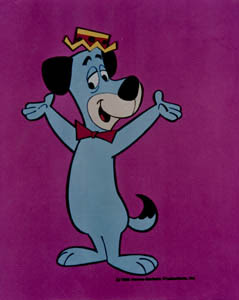 In yesterday's Super-Duper Tuesday primary, Mike Huckleberry, the only presidential candidate endorsed by both the Alameda Daily Noose and Roger Grumbel, swept America's Squirrel Belt like a vengeful tornado through a Bushy-Tailed trailer park, taking the states of Arkansas, Georgia, and Tennessee, as well as Alabama and West Virginia.

The only puzzling thing about yesterday's results is that Mr. Hucklebee does not appear to have won any other states. The only possible explanation is fraud, and the Alameda Daily Noose and I imagine there have been widespread reports of voting irregularities: voting machine wiring that was mysteriously chewed through, bushy tails protruding from ballot boxes, and voters subjected to loud, mocking chit-chit-chitting or even pelted with acorns outside the polling places. The only explanation is that Squirrel-hugging traitors John McCain and Mitt Romney formed a secret Sciurine Alliance in an attempt to defeat Mr. Huxtable through fraud and deception, and to split the ill-gotten votes between them. Shame!

Of course, the other puzzling thing about Super-Duper Tuesday is the complete lack of information about the vice-presidential race, in which the Alameda Daily Noose and I urged a vote for Heidi Wilson. We were having some flashbacks to our Civics class at Alameda High School, something about the vice-president not being chosen in the primaries, but we are going to chalk this up to a Sciurine mind-control tactic of implanting false memories. Clearly, the other major news media are buckling under pressure from Big Squirrel and are covering up the story of Miss Wilson's triumph. Shame!

Oh, and there was also something about some lady named Clinton and some guy named Obama. The Alameda Daily Noose and I have no idea what all that was about.