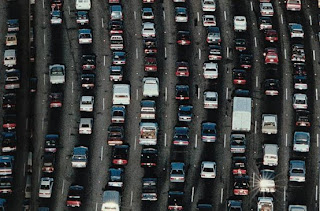 A group of citizen activists have formed today's new committee of concerned citizens, What's the Point, that will join Inaction Alameda, Save Our Sandwiches! Alameda, Save Our Sock-Puppets! Alameda, the Coalition of Sock-Puppets United In Inaction! Saving Our Sandwiches! for a Better Alameda, and everybody else who's ever been ticked off at the idiots we have running this town, in opposing the new development plan for Alameda Point sponsored by Evil Developers.

Many people do not realize that Alameda Point is three times the size of the rest of Alameda. The proposed changes to the Alameda Point general plan would give the Evil Developer super powers, including—but not limited to—ice breath and X-ray vision, and would allow for the construction of 48,000 homes, 2.5 million gajillion square feet of commercial space and remove protections for historic buildings and puppies. The plan would force everyone to walk ten blocks uphill to a bus stop, stand in the rain for like ever waiting for the bus, and then wind up sitting next to a crazy guy muttering about how the United Nations is using mechanical cockroaches to spy on him.

Current estimates are that every new household at Alameda Point will own five to nine cars plus at least two light trucks or recreational vehicles, which means that this project will produce at least 600,000 new automobile trips every day. Voters are being asked to sign the Evil Developer's petition without a single traffic study beyond the two that have been done so far. The proposed plan would not include any improvements to the Webster Tube or any other route on and off the island; in fact, the plan is to make the Posey Tube slightly smaller, putting motorists in convertibles at severe risk of bumping their heads.

While representing many views on the future of development in Alameda, ranging everywhere from being against it to being vehemently, violently against it, the group is united in its opposition to the Evil Developers' plan for Alameda Point.

It's truly very complex in this active life to listen news
on Television, so I simply use internet for
that reason, and take the latest information.