Crazy, Evil Developers Think That Legs Are a Form of Transportation 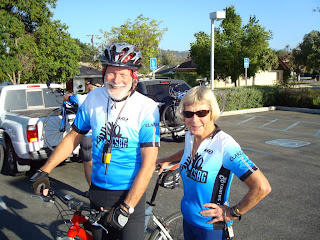 What are the Evil Developers trying to pull over on us? I heard that they think they are going to make Alameda Point a nice place to ride a bike, but bike riding is for young people, like the ones in this photo I'm enclosing, and everyone knows that there aren't any young people in Alameda. The Developers have also been making noises about some sort of untested transportation technology called "walking," which is never going to work. They are crazy if they think that anyone would ever want to use their "legs" for transportation. They might as well expect us to ride around on elephants.

They claim to be collecting "comments" on their "plan" for Alameda Point, but I heard that they held a public meeting so big that no-one was able to make themselves heard over all of the chair scraping and paper rustling. Not that anyone should make comments anyway, because they'll only twist our words. Apparently some of the idiots attending the meeting didn't realize that, because they got up at the end and started babbling about the "ideas" that came up in their "discussion groups."

And what's all this nonsense about asking people who work for the City to "approve" these plans? As if anyone in the City knew anything! If the Developers plans are so great, how come they need someone else to "approve" them?

This whole idea of making plans is just crazy. I knew someone who had a plan once, and it didn't work! Is that what we want for Alameda?