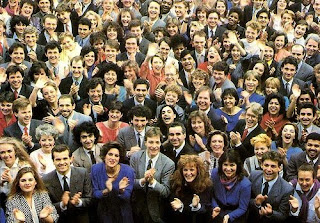 With that in mind, I have decided to write in YOU, Roger Grumbel, as my vote for President of the United States of America. I encourage all your readers to do the same. Who would make a better President than You? And besides, I'm sure that one of your first acts would be to move the capital of the USA from Washington (where all those "fat cats" live) to Alameda, home of the best Right-Thinking Americans.

Who will you pick for your running mate? I suggest Former City Council Candidate, because of her vast political experience. But I'll leave it up to you.

Miss Vela is a great Alamedan. I understand why she wants me to run for President of Alameda and the United States, but I think I can do more work for Alameda as a political outsider. I learned that important lesson during my last campaign for political office.

So, although the Alameda Daily Noose and I hate to disappoint our readers, we will have to stand by our endorsement of Miss Governor of Alaska Sarah Palin and her running mate, what's-his-name. Her rock-solid hunting credentials more than make up for his pathetically soft stance on Squirrels, and we can't wait for Miss Palin to take office and lead Alameda to victory in the Global War on Squirrels.