Right-Thinking Alamedan: Wake Up and Smell the Dark, Caffeinated Threat to Our Treasured Island! 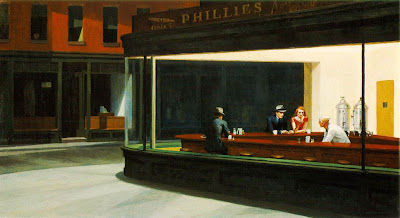 I have sent countless messages to our do-nothing City Council regarding the egregious build-up of coffee shops in our community, and have received no response. I finally resorted to the use of that wretched machine known as the "telephone" to complain to some peon at City Hall about the silence of my supposed representatives. Judging from the somewhat confused testimony of the miserable lackey who answered my "telephone" call, not a single one of my trained messenger pigeons had been allowed access to the interior of City Hall, and they were all, in fact, still strutting around on various windowsills, pecking at the glass in what I can only assume was a valiant attempt to gain access to the planning department.

Eventually, I was told that my concerns about coffee shops would be relayed to the Council, and I sat back to await the eradication of those strong-smelling, loiterer-infested lairs that seem to lurk on every street corner of late, luring innocent youths into a lifetime of caffeine addiction.

Several months and many pigeons later, I used the blasted "telephone" again, only to be told by a so-called attorney that the City Council does not control the number of coffee shops on our fair island.

Well, let me tell you, I don't trust that attorney. I once read a book on the evils of coffee shops, so I know a thing or two about how the Council should handle them. I think that "attorney" is dead wrong, and that the Council has the right—nay, the duty—to shut down each and every coffee shop that is infiltrating our precious business districts and peaceful, residential neighborhoods.

Not that I trust the City Council to do the right thing, even if they weren't being led astray by all of those "attorneys" with their quote-unquote-training and elitist "law degrees." I don't trust the Mayor, I don't trust City staff, and I don't trust my neighbors to sign the excellent petition that I've written up. Come to think of it, I don't even trust myself. So trust me: no-one should trust anyone!

sometimes it actually seems like you might be slightly intelligent, and have some well thought out ideas and opinions, but when it is so buried under this "i'll just mock everything" style you strive for, none of the words end up meaning anything at all.