Where is the Alamedan Cuisine? 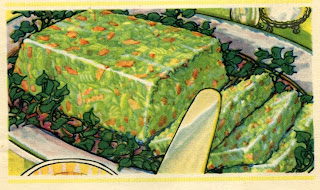 Once in a while, my husband and I feel like having a special evening and eating out at a local Alameda restaurant. However, we just don't know what to do because we don't feel that Alameda has enough Alamedan cuisine!

Take a mental drive around the Park street area with me and you'll see what I mean. Italian restaurants? Their cuisine like "pizza" and "pasta" is just a bit too exotic for us, thanks. There are several restaurants from Mexico (and probably a few from Canada too, though I haven't seen those yet). There are dining choices featuring food from other parts of the United States, like "Philadelphia" and "New York" (more of that "pizza" food). There is food from Ireland at a "McDonalds" place near the beach. German food, from "Spicykammer", is just too spicy for me. And all those Chinese and Japanese restaurants — That's food from halfway across the world, why would any right-thinking Alamedan want to eat THEIR food?

Even innocent-sounding restaurants like Applebees and Burger King aren't really Alamedan; I've heard tales of restaurants with the same name in other parts of the United States.

Really, the only Alamedan cuisine we have been able to find is from Alameda Grill on Park Street, and perhaps the Hob-Knob though it looks just a bit too smokey inside so we haven't ventured in.

Won't some enterprising young chefs open up more restaurants in Alameda that serve a good meal made from, by, and for Alamedans?

Heck yeah! I can't wait for that genuine Alameda restaurant to open, "Aspic & More!" Should be any day now...

Is Mildred in her letter suggesting that the U.S. Forest Service's mascot resides inside the Hob Knob? No wonder things have gotten so out of control in Big Sur and Butte County that, according to the Alameda Puppy Trainer that one of our fine upstanding Alameda Fire Department crews was dispatched to help put it out.
Please help expose this!