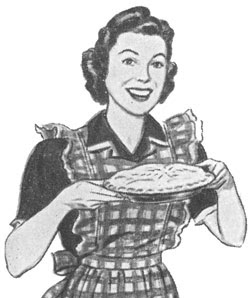 When I ran for City Council in 2004 and again in 2006, one of the important issues was the desserts being served in Alameda, and the people serving said desserts. It is vitally important that we not only maintain the level of deliciousness our desserts now have, but, in fact, fill the 12 empty plates we are short on average at the end of each fiscal year, according to anecdotal evidence.

One of the things that makes property values rather stable in Alameda is our lack of serious midnight munchies. That is due to our very fine Moms, who keep our refrigerators stocked with excellent dessert selections. I, for one, think that the number of dessert-producing Moms in Alameda should NOT be reduced. If we have a short falls, or even long winters in our city, I would like to suggest that we simply provide more hot desserts, such as fresh Apple Pie, and perhaps even the occasional cherry cobbler or bread pudding.

I know that this is a job that most of us would not be willing to do. In fact, those that are willing to take a chance and put their lives on the line should have reasonable hot pads and other protective gear and reasonable working conditions by not having to work excessive hours, which adds to the possibility of serious pastry cutter injuries and oven burns.

Let's do the right thing, keep our town satiated, respect those who feed us and support them in their quest to maintain our quantity and quality of desserts at the levels that are necessary to satisfy our collective sweet tooth.

Everyone wins with pie!