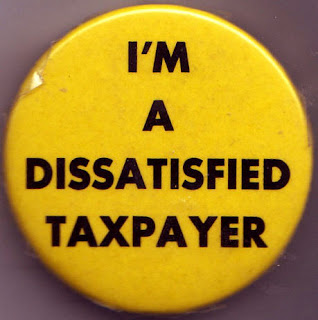 City leaders experienced yet another revelation at last night's meeting of the Alameda City Council. Still reeling from the bombshell dropped at the July 7 meeting, the mayor and council listened in rapt attention as Alamedan Karl Kurzfristig addressed them concerning Agenda Item 6-A, "Public Hearing to Consider a Planning Board Recommendation to Abandon the Proposal to Establish New Zoning Provisions to Limit the Height and Size of Two-Story Residential Buildings for property located on the 3200 Block of San Jose Avenue, Adams Street, and Washington Street."

"I don't know where you people get off telling me that you're not going to tell my neighbor he can't build a second story on his house," Mr. Kurzfristig began. "Now, maybe you think my opinion doesn't count, but you know what? I pay taxes."

"Right, right," laughed the mayor, "next you're going to tell us that you vote!"

The mayor and councilmembers gasped, then fell silent. After an uncomfortably long silence, the chambers began to fill with urgently rising whispers. "Order! Order!" commanded the mayor, "If what you say is true, Mr. Kurzfristig, this changes everything. I mean, if you pay taxes and vote, you have pretty much earned the right to dictate exactly how this city should be run."

"I should hope so. Now, what are you going to do about my neighbor?"

"Well, let's start by prohibiting from adding a second story to his home. Maybe we can also let you park in front of his house. How much did you say you paid in taxes, again?"

"Plenty. I think you should force him to lend me his tools. Oh, and I think I should get to use his hot tub, too."

"I'll let you know if I think of something. I do pay taxes, after all."

"Indeed, and you vote as well. Thank you, Mr. Kurzfristig, for enlightening us this evening!" the mayor concluded, adjourning the meeting early in his honor.