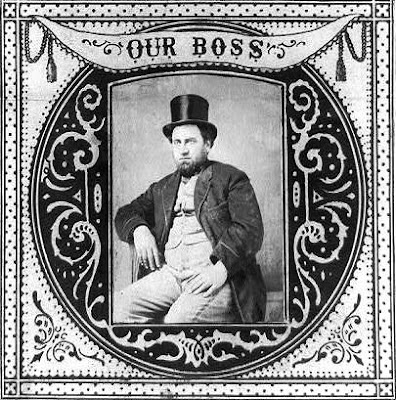 At last night's city council meeting, the mayor, council, and representatives of City staff were formally introduced to their new employer. The introduction occurred during the public comment period on Agenda Item 6-A, "Public Hearing to Consider Adoption of Resolution Amending Master Fee Resolution No. 12191 to Revise Fees," when Right-Thinking Alamedan Lon Geddoff rose to the podium and began what at first appeared to be a run-of-the-mill complaint about the staff recommendation to raise fees at the golf course. After establishing his Right-Thinking Alamedan credentials with a brief overview of his family's genealogy and several amusing anecdotes about his exploits on the links over the years, Mr. Geddoff dropped the bombshell: "You know what? You people work for me," he explained, shaking his finger informatively, "How dare you clowns try to raise my greens fees? After all, I pay your salaries!"

The mayor was stunned, leaning over to the vice-mayor to whisper, "So he's the one!" Several staff members, terrified at the prospect of being fired by the boss they had only just met, whipped out bottles of Wite-Out® and began revising the staff recommendation to exempt Mr. Geddoff from paying greens fees, with the lost revenue to be made up though a special fine and towing fee for parking in front of the Geddoff residence without the express written permission of Mr. Geddoff. The council approved the revised recommendation unanimously and, after asking their boss if it was OK to ignore the Brown Act just this once, went on to issue proclamations declaring July 7 to be "Lon Geddoff Day," the first full week of July to be "Lon Geddoff's Fascinating Golf Stories Appreciation Week," and the whole month of July to be "Geddoff Family History Month."

"Golly, Mr. Geddoff," the mayor went on to explain, "if we had known all along that we worked for you, we never would have done all those things to annoy you, like raising greens fees or taking too long to fix that pothole on your street. Now that we understand who's boss, we'll see to it that this stuff never happens again." "You're darn tootin'!" Mr. Geddoff replied, nodding in satisfied approval.