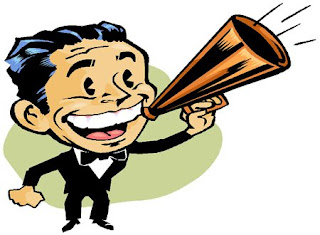 Dear Rog,
Boy were my eyes opened by Dave Williamson's letter the other day about that snooty restaurant! We are lucky that he is doing such good research to expose flaws in the business plans of local restaurants and other places.
By getting his findings as much media exposure as possible, Mr. Williamson is avoiding the pitfalls that prevent so many others from making a difference in Alameda's economic health. Where less daring people might have privately mentioned to the owner that a lack of waffles can be bad for business, he cut out the middle man and took the problem straight to the public. Mr. Williamson must have known that tough love is sometimes not enough. No sir, he doesn't just love our local businesses, he loves them to death!
We all know that business owners don't give a darn about doing things that will be "profitable," and might generate much-needed tax revenue for Alameda. No, the only way for customers to get the waffles and other things they need, when and where they need them, is to wait until a business slips up and then complain strenuously about it after the fact.
Yes, I see now that the only way to make sure that businesses do things right in Alameda is to focus unrelentingly and unendingly on what they are doing wrong. If we all point out each mistake and shortcoming as soon as it comes to our attention, I'm sure we will soon have a thriving community of businesses that include only the ones that are my favorites. Park and Webster Streets together will be a paradise of nail salons alternating with discount steak houses. I can hardly wait!
Thank you, Mr. Williamson, for inspiring me to glare silently at that one grocery clerk who always fails to double-bag my cereal boxes, and to later air my righteous criticism in the most public way possible: writing grumpy letters to the Alameda Daily Noose, and possibly even to the other major news media as well, just to be sure.
Jean Kerkwilligers