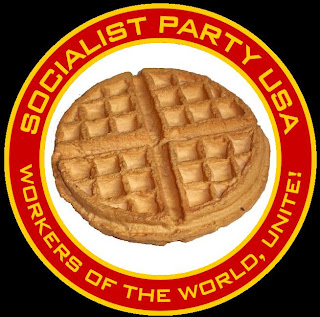 Inaction Alameda has been contacted by several parties who have tried to breakfast at the new hotsy-totsy white-tablecloth place on Park Street, but have instead found themselves the unwilling subjects of a dystopian breakfast engineering scheme that makes Stalinist Russia look like a day at Disneyland.

I—er, I mean, one of the countless people who have contacted Inaction Alameda—went in to said restaurant for breakfast at 11:37 AM yesterday and was handed what appeared to be a lunch menu. When this error was helpfully called to the attention of the waiter, instead of humbly apologizing for his mistake, he started making outrageous, nonsensical claims: "I'm sorry, Sir, but we only serve breakfast from 7 to 11, lunch from 11 to 3, and then dinner from 3 to 9."

"Excuse me! Did we lose a war?! Who are you to tell me what I can eat when? What's next? Will you and your Politburo bosses be counting out how many sheets of toilet paper I'm allowed, Comrade?"

Apparently, this was no isolated incident. We also found this review on the popular online site Whelp:

I wish I could review the waffles but I never actually got the chance to eat any because my group was forced to order from the so-called lunch menu. A group of five of us (young American Indian male plumbers) showed up at 11:29 pm on a Thursday morning expecting a delicious breakfast of waffles. The place was fairly empty and the waffle machine was just sitting there in the kitchen, yet we were told they couldn't "handle" making breakfast after 11 o'clock.

With our desperate need for sales tax revenue, and none forthcoming from the Super-Mega-Monster-Plex That Everyone Hates (we've already proven that all movie theatres are doomed to lose money), it's hard to see how any business in Alameda can be allowed to impose their own over-regulated socialist breakfast agenda on their customers. Don't these "businesses" understand that the customer is always right?!

Someone had better sit down and have a chat with the management of this quote-unquote restaurant and demand that they recognize that this behavior is bad for sales tax revenue, which the Mayor is counting on.

Dave, when you are on the City Council, I do hope that you make it clear that the role of local government is to regulate the menus, hours of operation, seating arrangements, lighting and all other operational functions of local eating establishments. You have my vote!