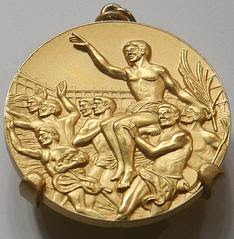 Great Site. Was added to mybookmarks. Greetings From USA.

Clearly, this comment was made by a discerning reader with a keen intellect. This proves that the Inaction Alameda Alameda Daily Noose has a broad appeal even outside the island city of Alameda, since the commenter is sending greetings from that nearby landmass, the United States of America.
This is not the first time that a reader has given us high praise. So, all of those naysayers who make noises about this not being the greatest noosepaper ever, or about missing the editorial touch of Roger Grumbel, would do best to admit that they were wrong. And since they were wrong, there is no need for them to express their opinions on any other subject ever again, because those opinions are also sure to be wrong. Here at the Inaction Alameda Alameda Daily Noose by Inaction Alameda, all of the work that we do is 100% great.

Most everyone wants to have insurance at one time or another, whether it is
auto insurance, life insurance, health insurance, or homeowners insurance.
These times it is more simplified than ever to acquire free insurance quotations from several
businesses in order to find the optimal deal. You can also see how to save
a good deal of money in free gasoline when you obtain your insurance cost quotations.