It's the "Editorial Wii"!

Rumor has it that the Naitendo company's long-awaited "Editorial Wii" game will soon hit the market. The original plan for release of the game was delayed after testing of the prototype by real editors hit some snags. The game was designed to be played by multiple "editors" on a single board, all contributing to the point score for making balanced arguments. Unfortunately, Naitendo discovered that a few of the editors didn't have a leg to stand on, so the company added an option for playing the game while seated. The advantage of this change is that the game can now be played either alone or on a board with others. 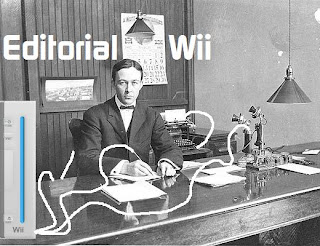 Challenges in the Editorial Wii game include stretching the truth and jumping to conclusions. One controller is motion sensitive to allow the players to hone hand-waving skills with the goal of rapidly dismissing inconvenient counter-arguments, and another features an innovative knob for giving stories the perfect spin. The seated version of the Editorial Wii bears some resemblance to Naitendo's recent hit game, the "Royal Wii," but with a greater emphasis on leaning to the left and right at unpredictable intervals, and with less chopping off of heads. 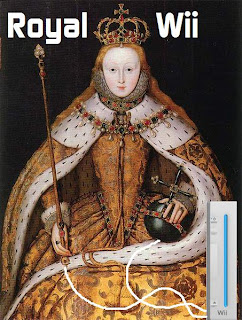 The Editorial Wii requires the use of more controllers than the relatively simple orb and scepter set included in the Royal Wii game. Being an editor is much more complex and demanding than being a monarch, so those who adopt the Editorial Wii will have to be prepared to reach for the phone in between typing up opinion pieces and retroactively editing to avoid embarrassing corrections.

Say it ain't so, Grumbel.