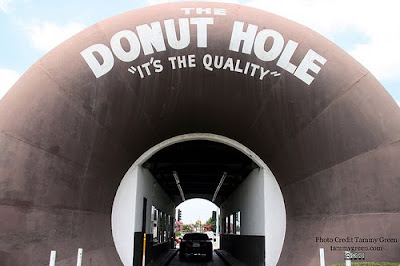 I can't believe you published that ridiculous letter from Frieda Bellows about doughnut holes, without any kind of comment or anything. She doesn't understand that when the government talks about "The Donut Hole," they mean the drive-thru shop where I always get my daily dozen. They want to close The Donut Hole because of some nonsense about donuts not being healthy, and on top of depriving us of donuts, they want to make senior citizens go to the doctor even when we feel okay. They call it preventive medicine, and I don't like it!

Why are they trying to force good health on everyone? It's my right as an American to go bankrupt trying to pay off inflated drug and hospital bills. If I want to die prematurely, without leaving behind so much as a penny to help my children cover the funeral costs, that's my business!

If anything needs to be prevented, it's this healthcare reform nonsense. It's just another example of government trying to tell us what to do! Well, let me tell you, they will have to pry my right to go broke and die from my cold, dead fingers! And the same goes for the doughnuts.