California Elections Code provides that the registrar can pick a different letter - they don't have to start with "A" - in the event that a new measure might be confused with past measures. According to California Elections Code Section 11316, "An elections official may commence designating local measures with any letter of the alphabet following the letter 'A,' and continuing in alphabetical order, in order to avoid voter confusion that might result from different local measures carrying the same letter designation in successive elections."

Obviously, when it comes time for Alameda citizens to vote against the tree-laden peat bog that is planned for Alameda Point, they will be prone to confusing it with our beloved Measure Acorn, which also starts with "A." This community voted overwhelmingly in favor of Measure Acorn in an election which was succeeded by another election, which was succeeded by still more elections, which will be succeeded by the upcoming election, so by the computative property, the next election will be the successor to that original Measure Acorn election. We know that no-one actually reads any of the initiatives that they vote on, so everyone would be sure to vote for a new "Measure A" in the belief that they were upholding the old "Measure Acorn."

Simply changing the letter of the initiative to "B" is not an option, however. Many previous elections have involved completely unrelated initiatives labeled with that letter, some of which have been worth voting for. We can't take the risk that anyone might confuse the new "Measure B" with some previous "Measure B," or "C," or any other letter that might have positive associations. All of the letters of the alphabet, from "Acorn" to "Z" have been used at one time or another for elections in Alameda, or cities near Alameda. For example, the recent use of "Measure Z," in connection with marijuana law in that City That Is Not Alameda, would make it particularly confusing to use the letter "Z" in our election, because you would have to be high to vote for something that would tamper with Measure Acorn.

It would be much better to label this new initiative with a completely different kind of symbol, such as a letter of the Greek alphabet. 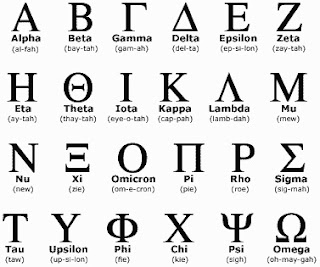 Of course, the election would need to be postponed to allow time for all voters to learn the Greek alphabet, but it is the only way to ensure fair results. There is no way that a capital letter "Alpha", for example, could be confused with the Alamedan letter "A". Right-Thinking Alamedans should urge the registrar to support Measure Acorn by not labeling the new anti-Measure Acorn initiative with an "A," but instead with the first letter of the Greek alphabet, which is the only way to prevent any possible confusion.

Hmm it seems like your blog ate my first comment (it was
extremely long) so I guess I'll just sum it up what I submitted and say, I'm thoroughly enjoying your
blog. I too am an aspiring blog blogger but I'm still new to everything. Do you have any points for first-time blog writers? I'd genuinely appreciate it.
Here is my web site :: Black Santa

It's remarkable to pay a quick visit this web page and reading the views of all colleagues about this paragraph, while I am also eager of getting knowledge.
Also see my web site: what about sachin tendulkar

What's up, I wish for to subscribe for this blog to obtain most up-to-date updates, so where can i do it please help out.
Stop by my webpage ; www.ncesc.com

I like the helpful info you provide in your articles. I'll bookmark your blog and test again here frequently. I'm somewhat certain I will be told a lot of new stuff right right here!
Best of luck for the following!
Also visit my web site ... visit this website

Nice answers in return of this query with solid arguments and describing the whole thing on the
topic of that.

Howdy! I could have sworn I've been to this website before but after going through many of the posts I realized it's
new to me. Anyhow, I'm definitely delighted I came across it and I'll be bookmarking it and checking back regularly!

Good info. Lucky me I recently found your blog by chance
(stumbleupon). I have book marked it for later!

Here is my site ... http://www.cfnmfever.net

I believe this is one of the most vital information for me.
And i'm glad reading your article. However wanna commentary on few common things, The web site taste is great, the articles is really excellent : D. Excellent task, cheers

Thanks for finally talking about > "Dave Williamson Says Law Allows Registrar to Name SunCal's Measure as Alpha Rather than A to Avoid Confusing Voters" < Liked it!