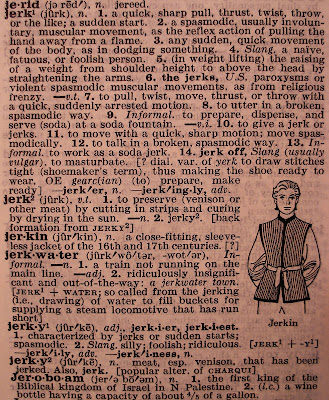 Please don't put this letter on your website, but I want to set the record straight, like my mom always says. So the problem is that I'm tired of Jimmy Ward saying stuff about people that isn't true. Like, I do not wear Superman Underoos. My little brother does, but why would anyone care about that, anyway?

It seems like Jimmy is always trying to say mean things about somebody for no reason, and the things he says sometimes don't make any sense. Like, one time he told this other kid, "You're a jerk," and when I told him that was a mean thing to say, he said it wasn't because he looked in the dictionary before that and it said that "jerk" means "a quick, sharp pull," so its not a mean word. And then one time in math class he said that 9 x 9=90, and when the teacher said it was 81, Jimmy said, "That's just your opinion!" I don't think he knows what a fact is and what an opinion is.

He also seems to pretend to know a lot of stuff that he doesn't really know. Like, one time I told him, "You're a hominid," because that's something that all people are, and he said, "No I'm not! You're a hominid." It seems like he just repeats things that people say about him, even though he doesn't understand them.

So, that's why I think maybe you shouldn't always post his letters on your website, Mr. Editor. Kids are going to make fun of him when they see his letters, and then he'll start saying the same mean things they said. Maybe it would help if you or somebody else could give him some ideas for how to make his letters better so kids won't make fun of him.