The San Francisco-Oakland Bay Bridge was closed over the Labor Day weekend.

Editorial comment: The closure of the Bay Bridge did not appear to have any affect on transportation in Alameda. Perhaps the Board of Supervisors should abolish the obviously unnecessary Bay Bridge and give the money saved to more deserving cities for something worthwhile, like filling some potholes in Alameda's streets. 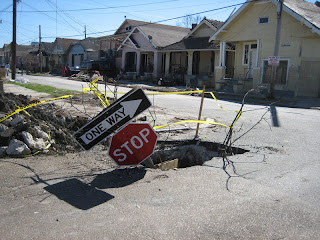 The Alameda Daily Noose and I have long argued that no-one would ever want to go to San Francisco, which is quite understandable since it is not Alameda. The complete lack of automobile traffic over the Bay Bridge this weekend just proves that we were right all along.

We didn't hear anyone complaining about the closure, and we all know that when a thing is truly important in Alameda, someone is sure to complain about it. So, obviously, getting to San Francisco is not important. Nobody was able to drive there this weekend, and it's not as if you could get there on a magical flying horse, or on something really crazy like a train or a boat.

They might as well just let that bridge fall down for all the good it's doing us here in Alameda.