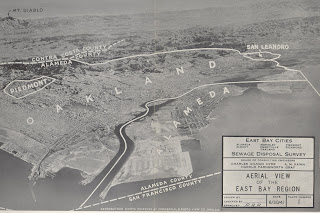 Last night, the Alameda City Council discussed possible re-use of the currently vacant Carnegie building. As part of her devastating critique of all such plans, Alameda resident Frieda Bellows revealed that Alameda is an Island. The stunned mayor and Council members immediately called City staff on the carpet.

"You mean to say that Alameda is an island, and we were never informed of this fact? How long has this been the case? Why weren't we told about this?! We demand answers!" the mayor bellowed, following up with a request for information on how this geographical fact might affect our transportation systems and earthquake preparedness. "All the while we had been assuming that we can extrapolate from the experience of other cities like Piedmont or maybe Topeka, but now we know that's impossible because, apparently, we are an island."

Afterwards, a number of other members of the audience reportedly mentioned to Miss Bellows that when she brought up Alameda's insular status, they vaguely recalled having previously heard rumors to that effect. It's lucky that Miss Bellows is here to remind us of these things!