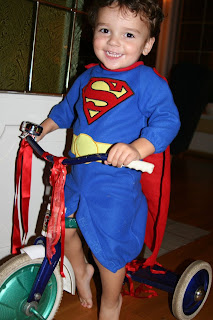 In a press conference today attended by all respectable members of the media (in other words, only the Alameda Daily Noose and me), the Committee for the Alameda Mayor's Fourth of July Parade announced that beloved event is being cancelled this year.

Traditionally, the Grand Marshall, the Mayor, the members of the City Council, and various other dignitaries start at the front of the parade, each sitting on the back ledge of a convertible provided by one of Alameda's sales-tax-generating dealerships. Other citizens of Alameda follow behind in ordinary cars, flatbed trucks, and even the occasional bus. No participant has successfully completed the entire parade route on foot.

"The human body was just not designed to withstand the 3.3-mile length of the parade without aid of a motor," explained Dr. Julian Dermot, physician at Alameda Family Physicians on Park Street. "Anything more than two or three parking spaces away from our destination causes our legs, back, or kidneys begin to suffer severe distress." Dr. Dermot added that the idea that anybody less than a superhuman could travel the entire distance of the parade on foot or via some novel non-motorized conveyance such as roller skates or bicycle is a pipe-dream that our species has not been able to reach.

"We are deeply saddened to see the parade go," said Mayor Beverly Johnson when the Alameda Daily Noose and I reached her for comment. "This was to be my final year as honoree of the parade, and now my family will just have to find a neighbor's barbecue to attend instead."

It is not known whether or not the parade will be held again in the foreseeable future. Cleary ended the conference with a note of optimism: "If we can convince some automobile dealerships to return to our fair city, we are sure that the parade will be held again. If they can establish themselves quickly, perhaps we can even hold this year's Fourth of July later this summer, maybe over Labor Day weekend."