Despairing for the Future of Alamedans 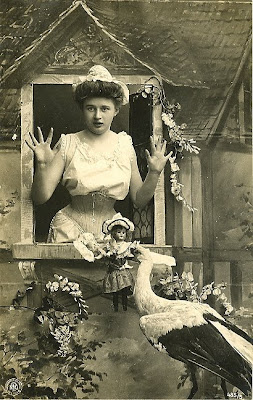 I was mortified to learn, reading yesterday's letter to the editor by Grace Anansi, that Alameda Hospital closed its maternity ward. I confirmed this by calling the hospital; they have been closed since 2001. I am guessing that this was in response to the dozens of terrorist attacks that rocked our nation that year.

Most Right-Thinking Alamedans are long past their child-bearing years, so normally this would be of no concern. However, I realized that since 2001, there have been no native Alamedans being born. Think about this for a moment: That means that all of the kindergarten children you see running around were born in foreign cities like Oakland, or, worse yet, Berkeley.

I weep for the future of our city. We need a fresh supply of Alameda- born babies so that in the next century, their grandchildren will be qualified to be our leaders. What can we do?