Grumpy Majority Has Had More Than Enough 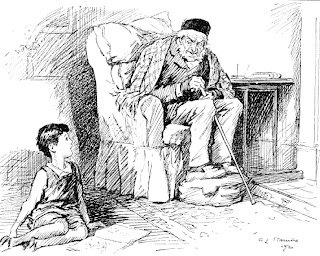 I believe my wife and I are the grumpy majority when it comes to those darn Alameda schools telling us over and over again that they need tax money to educate children. And when I say that the two of us are the majority, I mean that I don't think there are actually more than three registered voters in the entire city of Alameda, but all of those smart-alecky kids keep trying to convince us that there are people in this town who are voting to pay their own money to keep schools open. Hogwash! Nobody ever pays willingly for something they don't use, which reminds me, I'm sick of paying for roads, too. I'm not able to drive anymore, and the pizza delivery guy can hack his way through a jungle with a machete for all I care. Why should I pay for roads that he can drive on and I can't?

Getting back to those pesky kids, though, we have had more than enough of their whining about wanting to be "literate" and "productive members of society." If they'd never gotten "educated" at all in the first place, they wouldn't know how to fix the elections so that these taxes keep passing even though my wife and I should be able to defeat every measure with our solid majority of two to one. So we pay and pay, and these kids still aren't satisfied because they want to get more education so they can become CEO's or Wall Street bankers and give themselves huge illegal bonuses. We all know that's the only kind of job you need an "education" for. If we adults in Alameda want to be safe from crime and be able to enjoy our rare stamp collections in peace, we have to make sure that the next generation is stupider than we are.

You'd better watch out, you young school-age whippersnappers. The majority of Alamedans are on to you. Stop trying to be as smart as we are!