Roger's ratings of meetings initially interwebcast in the past 21 days, with the most recent shown in green:

This Is an Outrage:
Regular Meeting of the Planning Board January 11, 2010

So Many Things to Get Annoyed About:
Regular Meeting of the Alameda City Council January 19, 2010

The Alameda Daily Noose and I aren't sure, but it looked like there was one Council member missing at this meeting. It was not as bad as most, however, since the Good Evil Robot Mayor was in unusually fine form, displaying an impressive knowledge of streetlight design.

If there's one body the Alameda Daily Noose and I mistrust more than the City Council, it's the School Board, with its pro-penguin bias and its scheme to turn innocent children into flightless waterfowl. Fortunately, two wrongs seem to have made a right in this case. That might be because both the Council and School Board seemed to fall under the spell of the positively bewitching Interim City Manager. With a mere wave of her hands, she was able to banish all possibility of any future redevelopment at the old base, leaving her audience giddy with relief.

Then there were some boring speakers who didn't know what they were talking about. However, the Alameda Daily Noose and I pricked up our ears when one inspiring speaker held up some kind of document that proved that certain people are, or have been in the past, nothing more than mindless shills conspiring with Evil Developers to undermine our Alamedan quality of life. 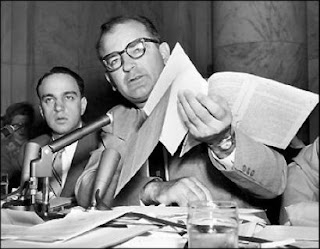 Nothing Worth Complaining About: