Super Scoop! of Truth about Cats and Dogs 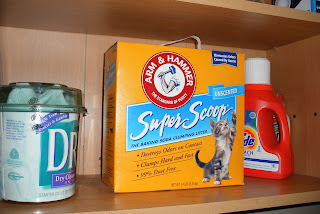 Have you ever noticed that cats are different from dogs?

The Alameda Daily Noose and I made this shocking discovery shortly after our neighbor, Mildred Bolus, asked us to cat-sit for her while she and her husband were away on some kind of silly "marriage retreat" cruise to someplace that was most definitely not Alameda. We know, we know, we tried to talk her into vacationing here in Alameda—as all Right-Thinking Alamedans do—but for some strange reason, her husband would have none of it; in fact, if the Alameda Daily Noose and I didn't know better, we would have sworn he was angry with us!

At any rate, after a week of looking after those frisky felines, the Alameda Daily Noose and I have yet another super scoop for our readers: We hate cats.

Unlike dogs, which are intelligent and loyal, much like the Alameda Daily Noose and me, cats are stupid and selfish. They get fixated on the most trivial things, like pieces of string, birds, Squirrels, and that incredibly boring so-called expert Bernanke they keep showing on C-SPAN. When they aren't caught up in silly minutiae like that, cats are either sleeping or eating, or strutting around like they own the place, and everyone else is just an intruder encroaching on their petty little territory. They won't fetch, and they sometimes even claw you when you try to tussle with them. The nerve!

In contrast, our faithful lapdog, Scoop, has never so much as raised a paw against anyone or anything other than the Alameda Fish Wrap, which is his sworn enemy. He has the good sense to know who is boss, and will sit quietly until called upon for a reprise of our favorite tricks. Scoop is also civilized enough to do his business outdoors, in our neighbors' yard, which means no smelly indoor litter box for the Alameda Daily Noose and me to clean up.

We will sure be glad when Mildred and what's-his-name get back from their vacation. If it weren't for the great cookies that Mildred brings us—especially those ones with the red and green sugar that she makes this time of year—it wouldn't be worth our time to take care of her stupid, stubborn, arrogant, ungrateful cats. Don't tell her we said that, though. We wouldn't want to hurt her feelings, because then she might not bake us cookies anymore.