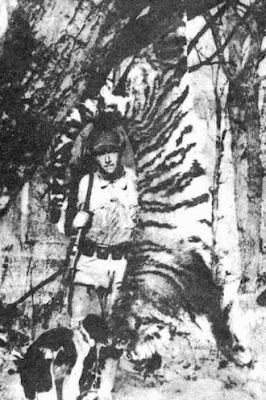 Editor,
My fellow Alamedans will be relieved to know that I have returned unscathed from my most recent tax hunting safari. As we all know, the tyranny of ferocious tax beasts has long forced us all to enjoy social services that we do not even desire. Only when every one of the savage monsters has been eradicated will we be free from public schools, paved roads, waste collection and countless other wasteful services. Therefore, I sally out as often as I can (without unduly worrying my wife) to confront the dangers of taxation and bring them to the ground.

This time, I managed to bag the King of the Fiscal Jungle, the vicious, notorious Measure E. This is a victory in the fight against predatory taxation. Some say that Measure E was able to swallow an entire bank account in a single bite, although I feel sure that it would have choked had it tried that with my bank account.

Although it may seem amazing that I can defeat a fearsome tax beast single-handedly, the truth is that the lone tax hunter is assured of victory in any one-on-one battle. Only if there are two or more of them against one is it time to retreat and live to fight another tax another day. Don't listen to those bleeding hearts who oppose the wholesale slaughter of taxes. We must destroy as many of the creatures as we can if we are ever to achieve fair taxation. I welcome any red-blooded Alamedan who cares to join me on my next tax-hunting expedition.